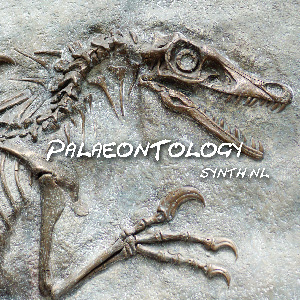 I'm currently working hard on both the music and the artwork for my upcoming new solo album. The album will be called PalaeonTology and it is inspired by dinosaurs. This album will be a travel through some of the more well know prehistoric periods and will feature several dinosaur species. On land, in the water and in the air. I already have about 60% of the album done and the plan was to release it in October on the E-live festival by Groove Unlimited in Eindhoven in The Netherlands, but I'm sorry to inform you I didn't make that. I cannot be there either unfortunately.Normally on my concept albums I use a lot of sound I sampled. That is of course a bit hard with extinct species. So I did some sound design inspired by Jurassic Park and made my own dinosaur sounds. Can't wait to let you hear those, but for now here is the cover of the album. I hope you like it. I will show more of the artwork and the album later. You can already find the track list on this link: https://www.synth.nl/music/upcoming/palaeontology