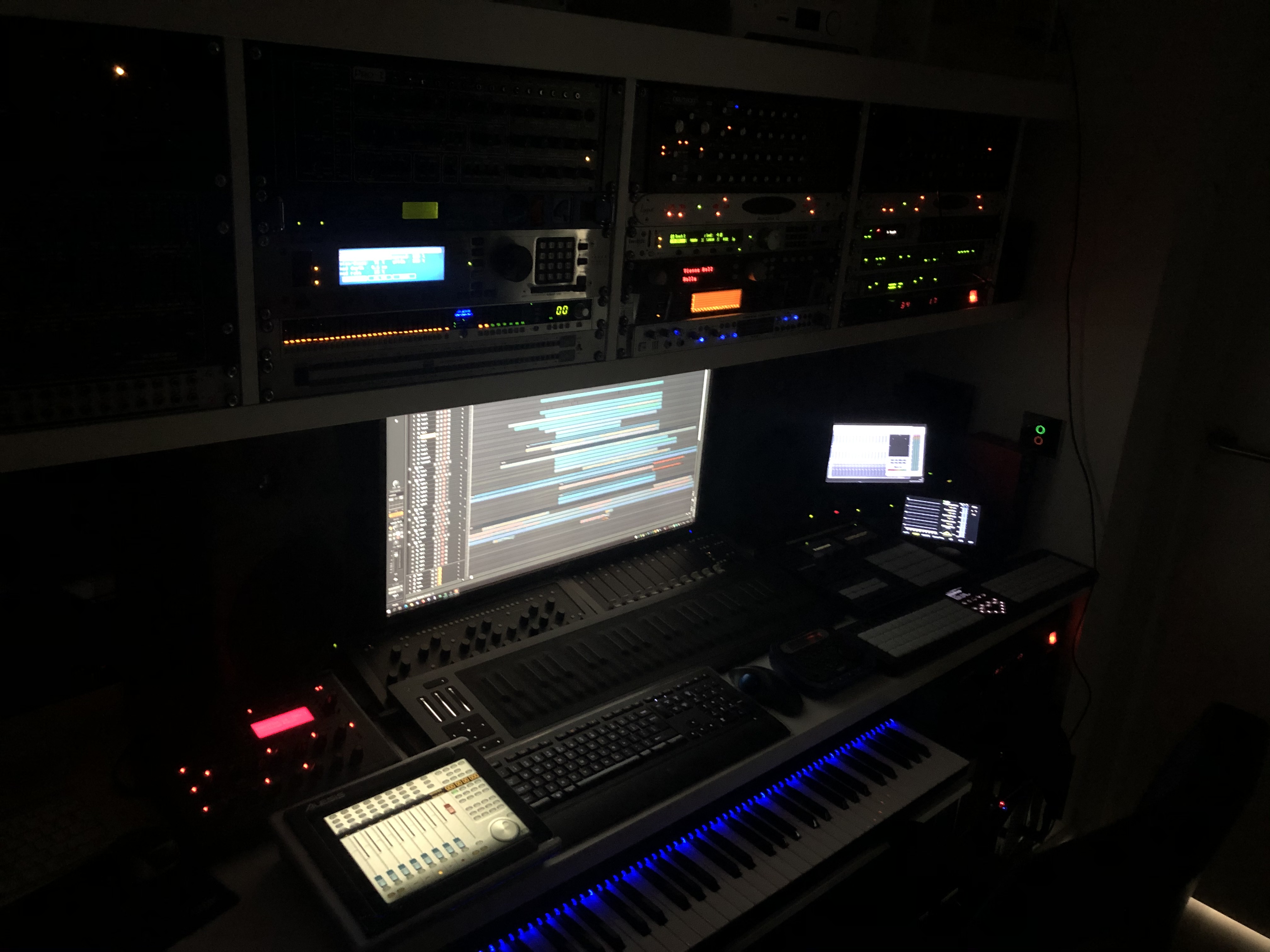 I'm sure you all remember the famous 'Apollo Studio' pictures that still roam the internet. Well that studio is gone :( As you might well know I have gone through a rough period with a nasty divorce and I abandoned everything. After 2 years I moved in with my new girlfriend Sonja in her new apartment in Rotterdam. I did manage to save some stuff during the divorce. Some stuff is put in long term storage like my Eminent 310, V-Piano and Roland Drum Kit and some synths, but I could bring some stuff to the new apartment and build a small studio again. I always name my studio's and  I call this studio my 'Jurassic Studio'. For several reasons. First of all it feels like traveling back in time for me, but secondly I'm currently working on a new solo album about dinosaurs. So now that cat is also out of the bag :) I hope to release it somewhere next year. 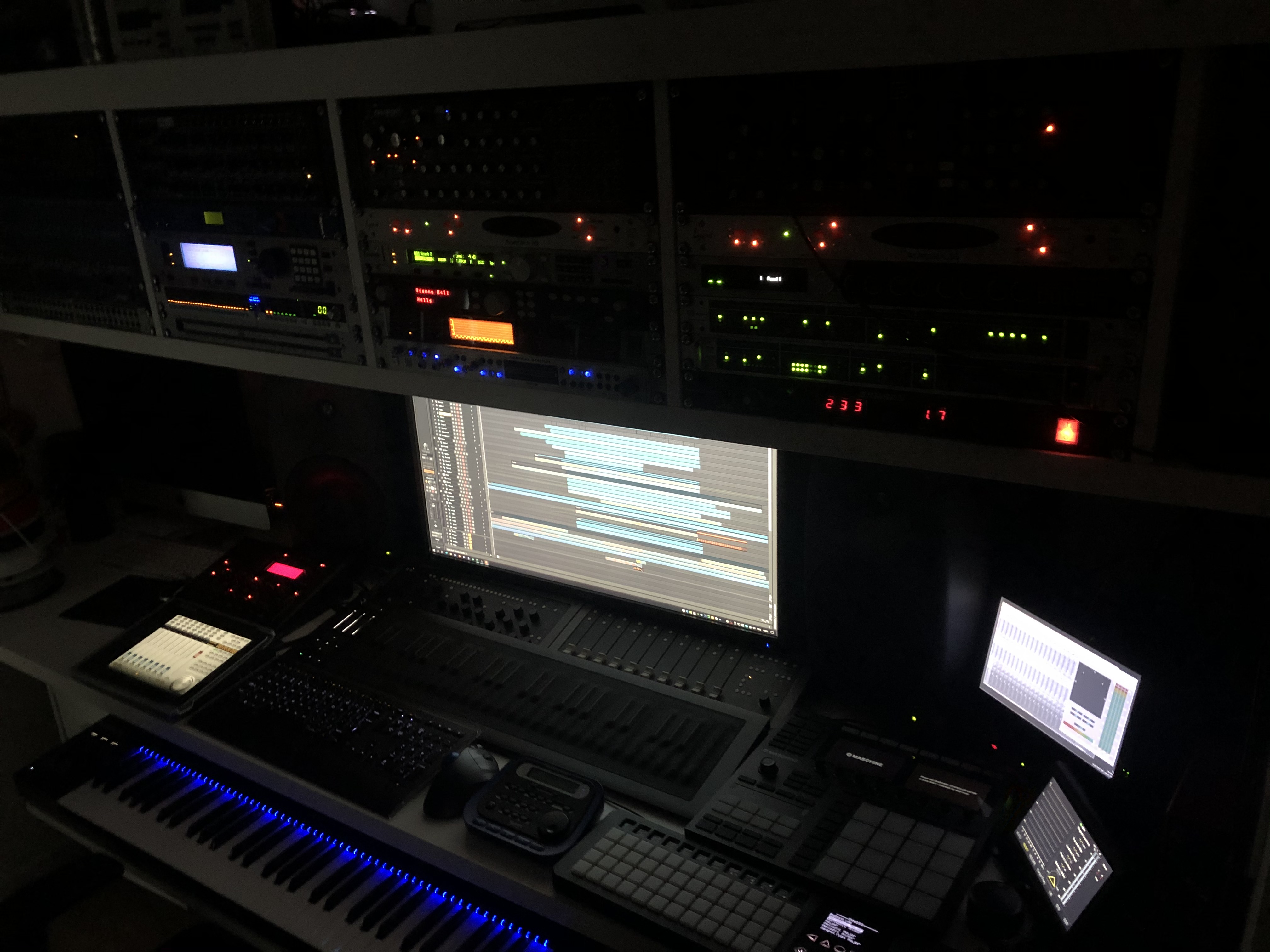 So what is still in the studio. Well most importantly I saved my studio computer, where all my recordings were stored and also my software was installed. Then I could take my Genelec monitors. I'm very used to that sound and even though the acoustics in my studio are terrible I know these monitors very well. I could take my Aurora AD converters and also the RME MADI stuff. I'm also happy that I could keep my main reverbs like the Bricasti M7, Eventide H8000 and Eclipse and the Quantec Yardstick. And some of the graphic display units I like to use as reference for my levels. This was my basic recording chain and that means I don't have to sacrifice much in sound quality fortunately. I'm really happy about that. 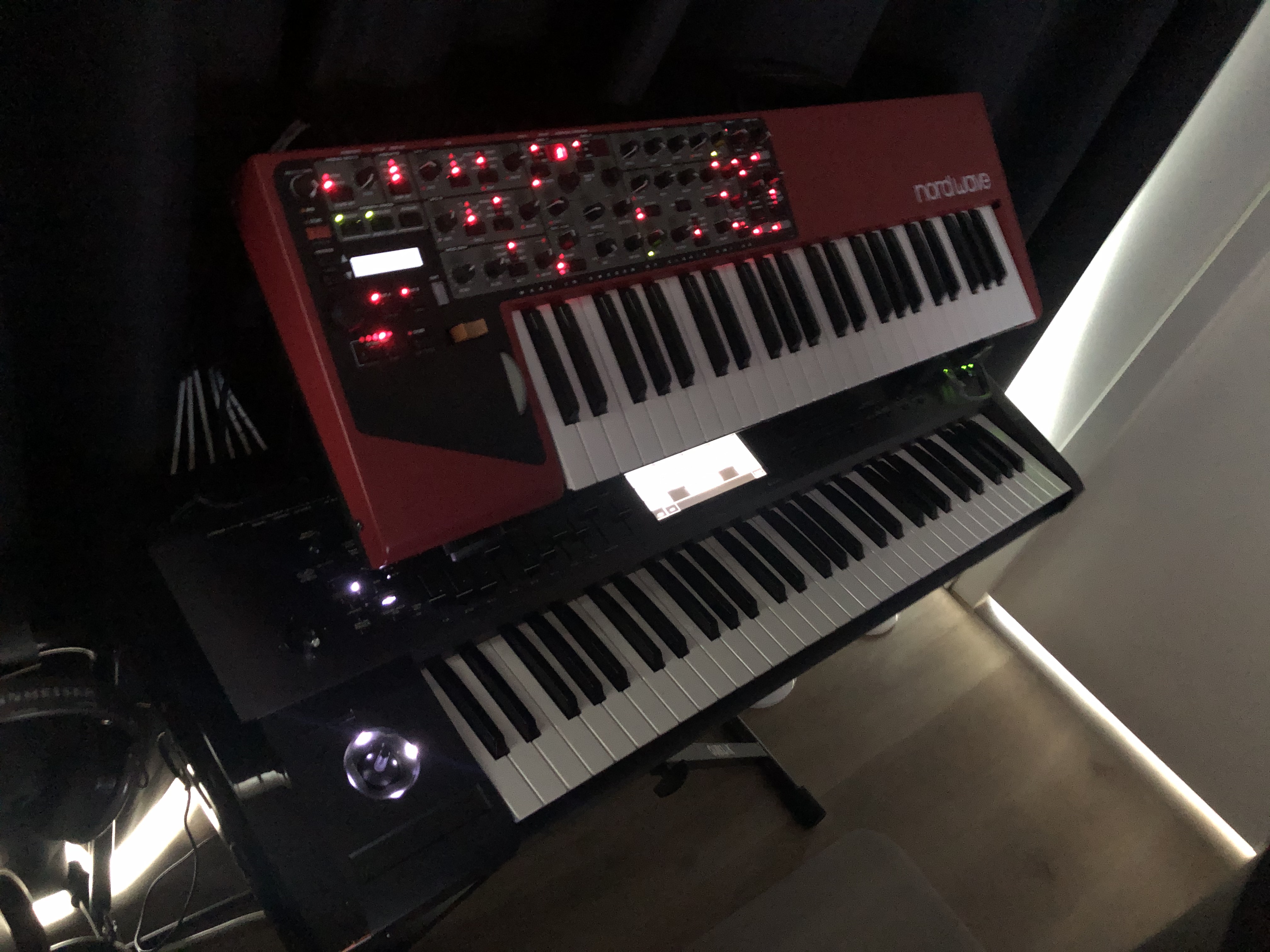 So are there any synthesizers left. Yes !! I have kept both the Korg Kronos and the Nord Wave. Especially since I used them on the BorkHavn album with Ron Boots, so I needed these to finish the album here. I also still have the Alesis Andromeda but it is currently under the bed since I don't have room to put it. I kept some DIY stuff like the SamichSID, SamichFM and MIDIbox SID and I'm currently building a Deckards Dream. I will post more on that project later as well. I also bought some new gear. Not much budget so I started out with some Behringer Modules. The Model D, K-2, Neutron and Pro-1. And I just pre-ordered the new ARP2600. I must say. Having owned all the originals in the past. I'm not disappointed. They sound really good. So what is next? I still have a lot of recordings I made during the last 10 years. I plan on finishing them now and releasing them. So expect much more to come! I know it has been quiet for a while, but I'm back :) Keep an eye on my Blog, Twitter and Website and even better subscribe to my newsletter here: https://www.synth.nl/newsletter-subscribe