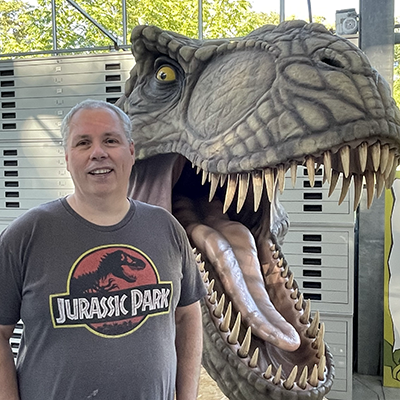 Hello Everyone. First of all Happy 2023! All the best wishes from me for this new year. I know some of you are wondering if I'm still alive and yes I am. I have been very very busy. As most of you know I moved to Rotterdam about two years ago to live together with my lovely girlfriend Sonja. But unfortunately I could not get used to this big and crowded city. Too much light, too much noise, just too busy for me. I also started my new company in the apartment in Rotterdam and we also ran out of space over there. In no time the living room was a research and development facility, warehouse and factory. So eventually Sonja and myself decided to go look for a new city and a new house and we ended up in Boxtel in The Netherlands. We bought an old bakery from 1950 with lots of space and started moving there. Unfortunately this has cost a lot of time and I had to postpone a lot of stuff while work had to continue of course. I know some of you are waiting for my new PalaeonTology album and yes that should have been released in 2022, but I didn't make it. Because of the move I simply had no studio. I am currently working on building a new (temporary) studio in the new house, since the room where I planned the studio is not done yet. I will try to get the studio working in the coming months so that I hopefully can get back to producing my music again. My plan is to release it before the end of the year 2023. The nice thing is that our new town is very inspirational. There are even dinosaurs on the roundabouts in our city, since there is a museum in Boxtel having dinosaurs on show, both real size statues as actual fossils. 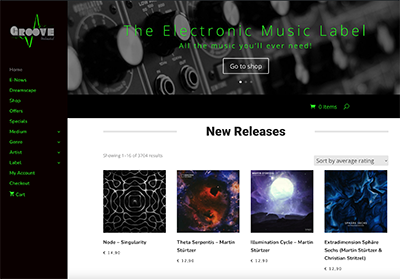 The biggest reason though that my new studio isn't finished yet is that I promised Ron Boots of Groove Unlimited that I would build a new website for him. The original CD web shop dated from 1996 and was already very outdated. A couple of years ago I build the download web shop next to the old one, but that only gave Ron more work. Every new music title had to be entered 3 times actually. It was just taking to much time for him. I postponed this project a couple of times, but in the end deciding between finishing my studio and album and helping my friend was easy. So we build a completely new website for Groove Unlimited, with the help of my daughter Tamara, where both CD's and download are just an option on most of the albums. We added a lot of categories like labels, music genres and artists so you can (hopefully) find the music you need a lot quicker. The website was just launched today and that is the reason for my late new years message. You can fine the new website here: https://www.groove.nl. So don't worry. I didn't stop producing music. I'm still working on it. It just got delayed for some good reasons. I will try to update you soon on the progress of the new studio.