Another Synth.NL track release in 2020 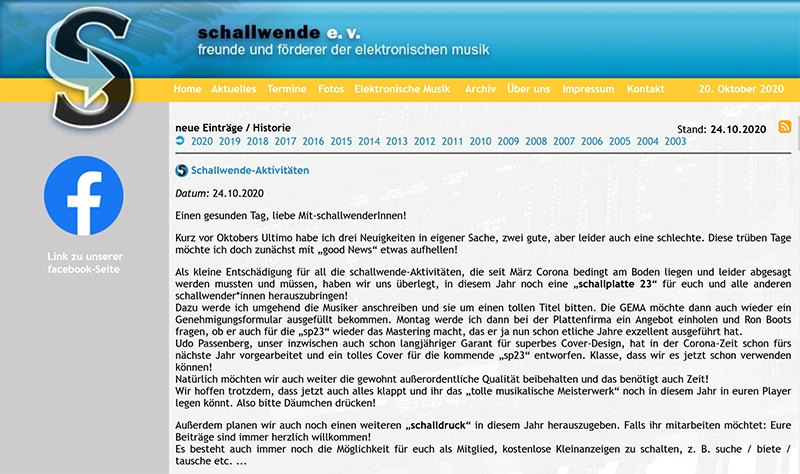 I was asked by the German Electronic Music Club Schallwende to submit a track for their upcoming SchallPlatte 23 sampler album. They normally release these albums once a year and most of the times there is a theme. This is a special release for their members because all concerts have been canceled due to Corona. I though this was a good idea and I spend some time creating a track called 'Gemini' inspired by the Gemini space program. They liked the track so it was selected and will be on that album. It will be released by the end of 2020. It is not for sale. It is only for members of the club. You can read more information about Schallwende here: http://www.schallwen.de/. I will give more information on this project when the album is released.