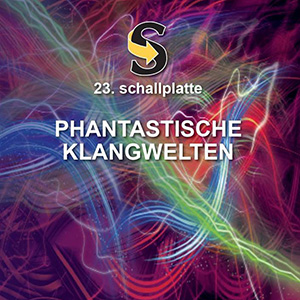 Yesterday the German Music Club Schallwende released their 23rd sampler CD called 'SchallPlatte'. They released this CD only to the member of the club to give them a nice holiday present because all the concerts were canceled due to the Corona crisis. My track is called 'Gemini'. This track was inspired by the Gemini Space program that superseded the Apollo missions to the Moon. The Gemini project ran from 1964 en 1966 and was basically a dress rehearsal for Apollo. I didn't compose much new music since my Apollo album in 2011, so this track felt a bit like a dress rehearsal again for me too. Since the beginning of 2020 I finally have a small studio again in Rotterdam (NL) after having to sell everything because of my divorce. I'm currently working on several new solo projects, but this was the first track produced in my new and very small 'Jurassic' studio. I hope you like it. You can listen to the track on my website on this url: https://www.synth.nl/music/samplers/schallplattexxiii. The CD is not for sale officially, but Groove Unlimited might have a few in their web shop later on. I will let you know if they are available and put the link on the website.