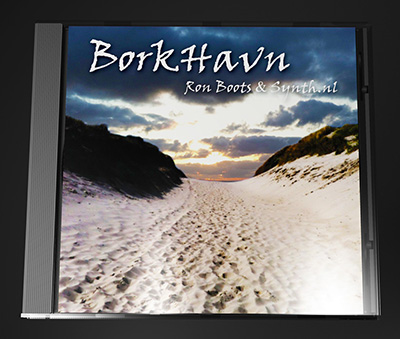 Now that the BorkHavn CDs are in also the first reactions are coming in. This is always the nicest part about releasing an album. As you might know producing this kind of music you don't do for the money, but it is nice if you can make people happy with your music. So far reactions have been very positive and BorkHavn also got some radio airplay already. But also the first reviews are coming in. I wanted to share this very nice review by the German Electronic Music club Schallwende with you. It was written by the CEO herself. It was originally in German, but it was translated to English here. The link to the original German version is here: https://www.synth.nl/reviews/borkhavn/1213-borkhavn-schallwende

It has taken eight long years and now she is finally here! "BorkHavn", the second collaboration of Ron Boots and Michel van Osenbruggen, better known in the EM-Scene as Synth.NL. This great record was created as a rough version during a relaxed family holiday of the Boots' and van Osenbruggens. During the day they enjoyed the beach life and the beautiful nature in Borkhavn, Denmark, and in the evening Ron & Michel "buried" themselves in the small improvised studio, which they had equipped with their brought along mini-equipment. Already the two thoroughbred musicians started to improvise. During these sessions I would have loved to listen and see ... Michel and Ron assure us that all the music on the present album was improvised live in this cottage.

The holiday together must have been musically very fertile for both of them, otherwise such an excellent record would not have come out. Unfortunately, the two of them withheld this jewel from us for many years and we were longing to find out whether and how things would continue after their joint debut in 2010 "Refuge En Verre". "Polished" and remixed in October and November 2020, the CD fortunately made it into this year's pre-Christmas season. "BorkHavn" is another ray of hope in these dark times of crisis, next to Electric Mud's "Quiet Days on Earth"- my CD of the year. (see my review in schalldruck No. 54.)

Of course the music doesn't sound Christmassy, quite the contrary! It is very powerful in many parts and sometimes even martial. In my head - even when listening to it several times - always the same film is playing: Erik "the Red" defeats the roaring sea after a hard fight and discovers Greenland with his Vikings. BorkHavn has become fantastic film music. Various musical variations such as melancholy, opulence, and gentleness, wonderfully expressed by a guitar in a minor key, staccato-beaten (snare) drums, as well as dreamlike, delicate piano playing, make the album something very special. This rhythmic interplay is a very interesting sound variation, which I have not heard so often.

In any case, both Michel and Ron, this time from a completely different musical side than before. Two EM giants have come together, whose music makes you want more! Chapeau, dear Ron and dear Michel!

For me, "BorkHavn" is an extremely cinematic consolation at the end of this bizarre year. Music on, head cinema on!
If you don't have this masterpiece yet, please add it to your wish list!

More information and sales links for the album: