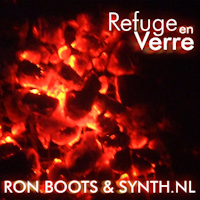 A new album called 'Refuge en Verre' was released by Synth.nl & Ron Boots. It is our first album together and there is a nice story to it. We first met at a Synthesizer Meeting organized by the Dutch 'Synth Forum' in 2006. There we started talking about synthesizers and synthesizer music and found out that we shared the same fascinations. As a result Michel signed up as Synth.nl in 2007 with Groove Unlimited. We worked a lot in the studio together after that remixing and mastering. Since then we have become very good friends and we visit each other on regular basis. Also our wives, kids and even the dogs like each other. In 2010 our wives decided to rent a house together in the Belgian Ardennes for a weekend. We both brought a synthesizer and a laptop and tried to make music together for the first time and that went very well actually. We recorded quite some tracks there. After the weekend we decided that we should release this music on CD. So we started on finishing the music together when we got back in our own studios. The result is this album called 'Refuge en Verre', which was the name of the house we rented. We got the inspiration for the music we played from the beautiful nature in the Belgian Ardennes and the nice time we had with our families over there. Most of the tracks were played live as improvisations in the temporary studio that we created in the rented house. This album was released by Groove Unlimited at the E-live festival in Oirschot (NL) on the 9th of October 2010.
The CD holds 8 tracks on it and is over 70 minutes long. You can find more information about the album and also where to buy it on this URL: http://www.synth.nl/Refuge 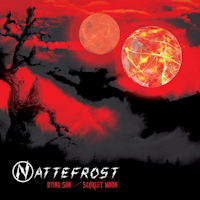 A new Nattefrost album was released by Bjorn Jeppesen on the 9th of October at the E-live festival in Oirschot (NL). Bjorn is just like me signed under the record label Groove Unlimited. And that is how we got in touch. We have met on several occasions, mostly on electronic music related events. We have become good friends since then and are in regular contact over the Internet. In 2010 I joined Bjorn on a trip to Sweden where he played on the Norberg festival. During this trip we also spend some time in his studio and played some music together. There also a track called 'Close Encounter' was born that now features on Bjorn's new CD. This is the first Nattefrost and Synth.nl collaboration and I'm sure more will follow in the future. I have an excerpt of the track now online on my website here you can listen to it and also read more about the album and our track and you can find where you can buy it. More information on this URL: http://www.synth.nl/Nattefrost 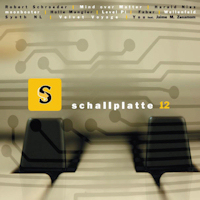 Yesterday I received the newsletter from Schallwende E.V. the German Electronic Music club. It looks like the new SchallPlatte XII CD is finally released! My track 'Mercury' is on that CD and you have been able to listen to it already a couple of times on the radio. I'm very happy to be on the CD since a jury selected 11 tracks from 35 entries. You can read more about the CD, what the track is about and listen to a preview of my track on my website at this URL: http://www.synth.nl/SchallPlatteXII. If you are interested in this CD you should become a member of the music club I guess since they only send this CD to all their members. More information on Schallwende E.V. is at this URL: http://www.schallwen.de. Enjoy !!